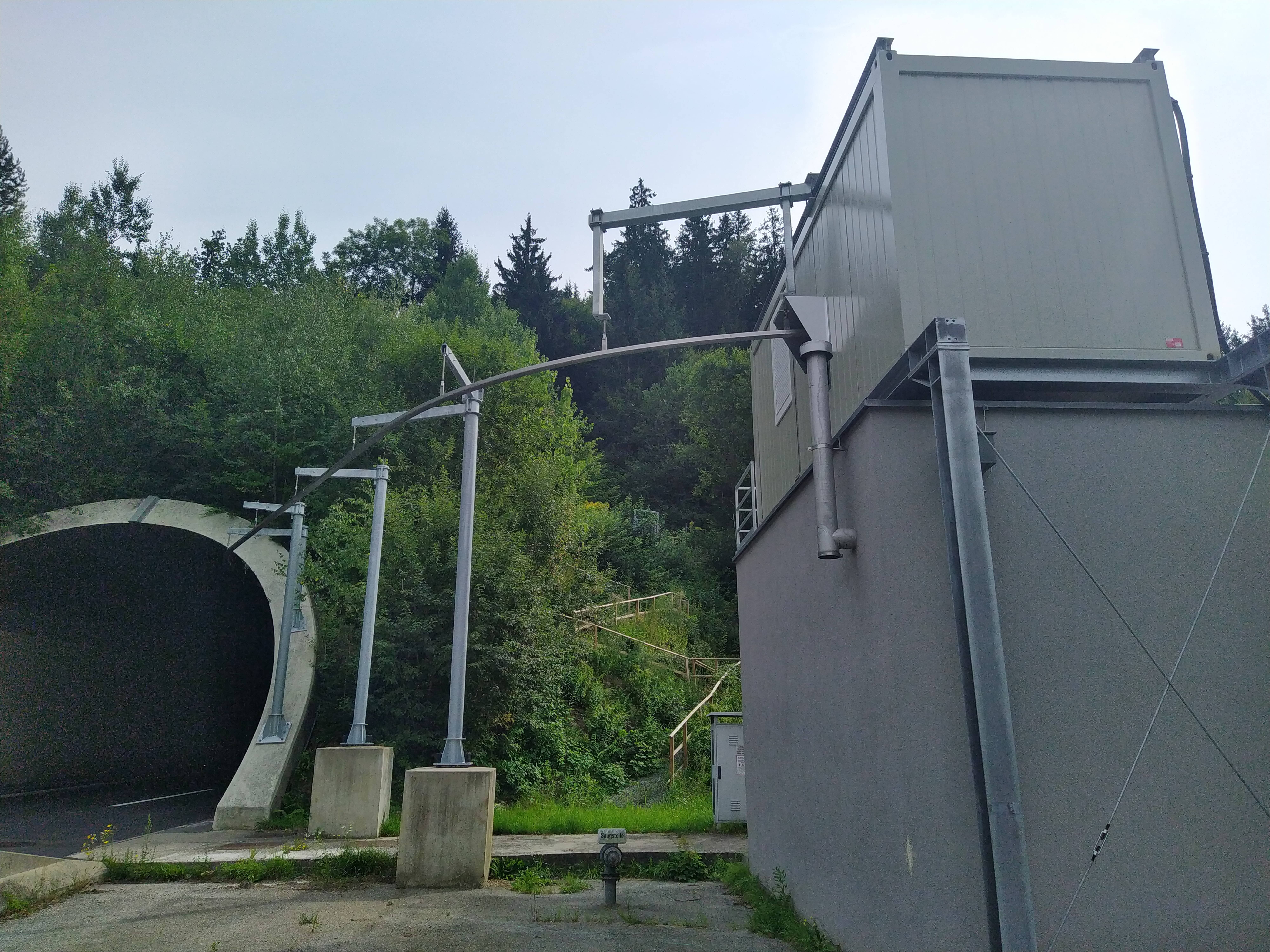 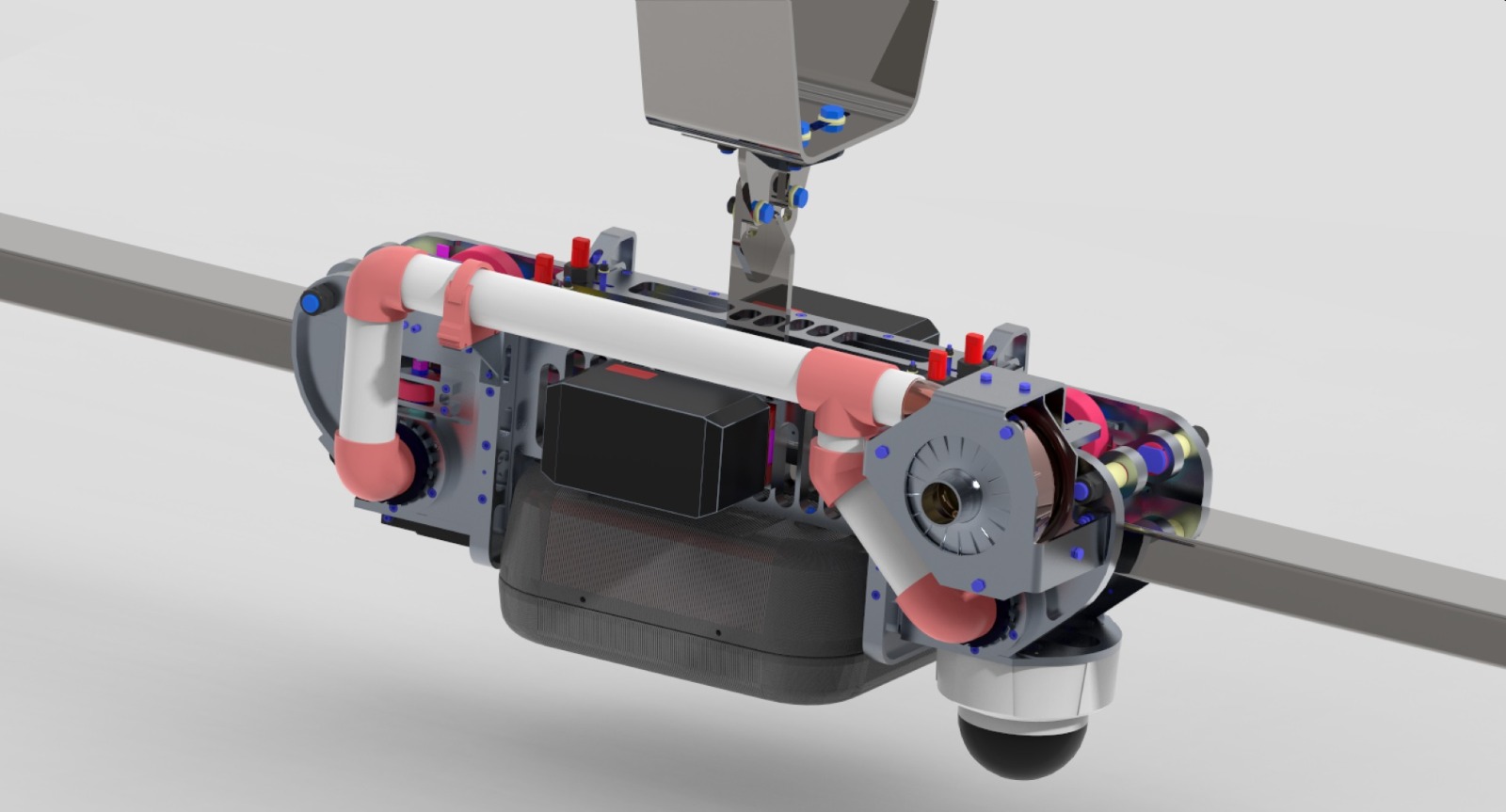 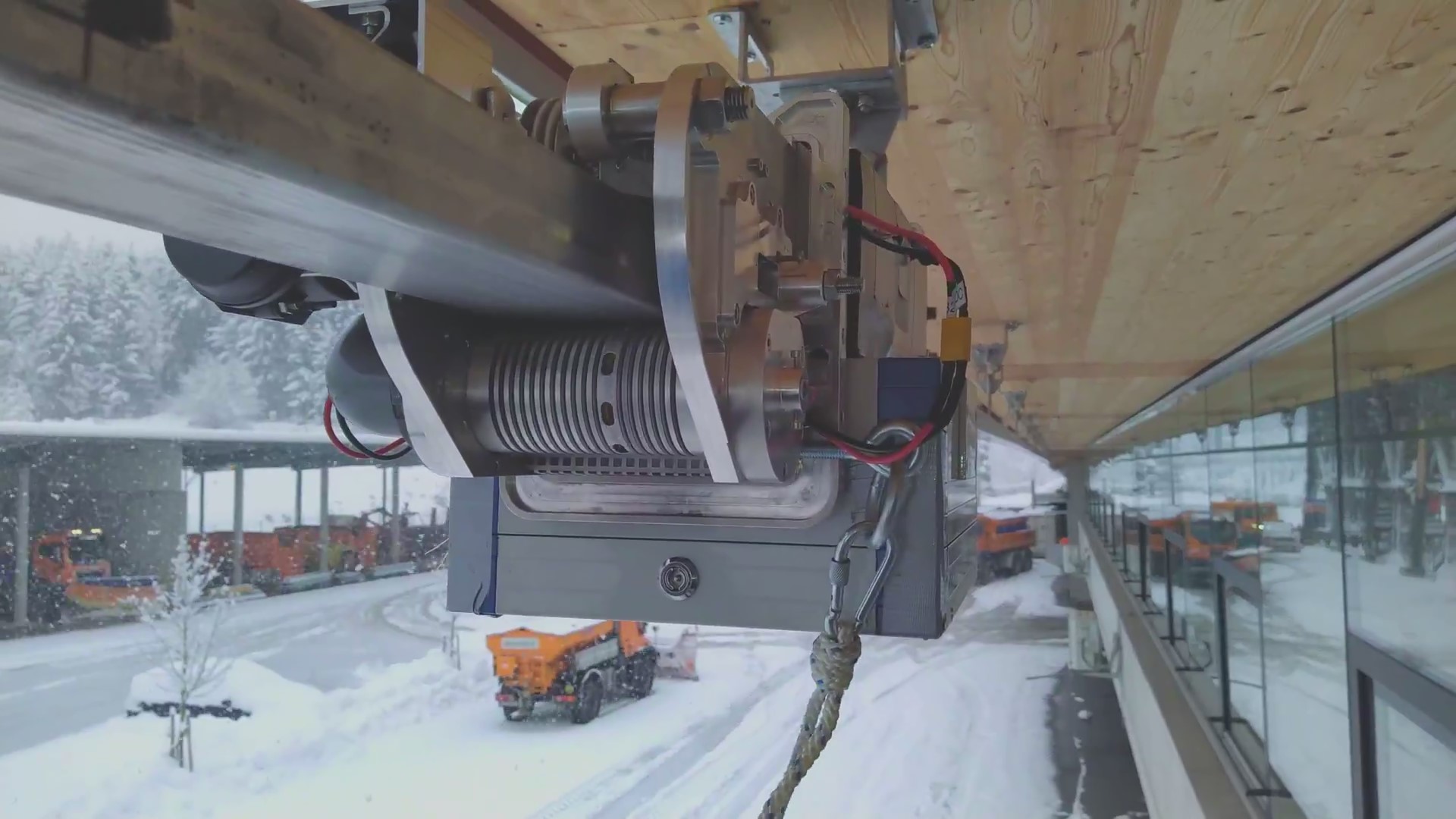 In recent years serious traffic accidents in motorway tunnels have often occurred in Austria. The tunnels are currently under video surveillance across the board. For structural reasons, the cameras are mounted on the tunnel ceiling. In the event of smoke development (e.g., from fire, water vapor, ...), these cameras become de facto useless. The tunnel's automatic ventilation system ensures that the smoke is transported outwards along the tunnel ceiling, keeping the road area smoke-free for as long as possible. From detecting the danger (smoke development, alerting, ...) to the arrival of the emergency services, the situation may have changed significantly compared to the one last recorded by the cameras. Cars could have continued to drive; people could have gotten out of their vehicles, etc. This often vital information for rescue workers about the vehicles and people in the tunnel, the current situation at the danger zone, etc., is not available with the existing infrastructure.

To solve the problems mentioned above and to be able to precisely monitor every point of a motorway tunnel in a wide variety of situations, the ASFINAG, in cooperation with students from the HTL Mössingerstraße and the HTL Lastenstraße, as a diploma thesis, developed a sledge on a rail system that drives through the tunnel at the tunnel ceiling.

This sled is equipped with several cameras, including a thermal imaging camera, to detect people even in the thick of smoke. The sledge travels in the tunnel at up to 100 kilometers per hour to be at the scene as quickly as possible and is controlled remotely by the ASFINAG operations control room. In an emergency, the control can also be taken over by the emergency services. At the end of the tunnel, the vehicle is charged in a charging station and can drive in the tunnel for about an hour on one battery charge.

Since the sledge can move freely along the rail in the tunnel, the emergency services have an unprecedented overview of the dangerous situation in an emergency. The work of the rescue workers is thus optimized, and the chances of survival for accident victims increases. In normal operation, HASCY can also be used to accompany the transport of dangerous goods through the tunnel and thus to recognize dangers early. Unusual heat developments, for example, can be easily recognized thanks to the thermal camera.

After the end of the diploma thesis, the project was continued as an industrial project by a downsized team of four former students. Furthermore, the rail was installed in the 1,200 meters long Falkenberg tunnel on the A2 north of Klagenfurt. At the end of the tunnel, the rail passes into a construction container in which the charging station is located and in which the sled can be serviced. 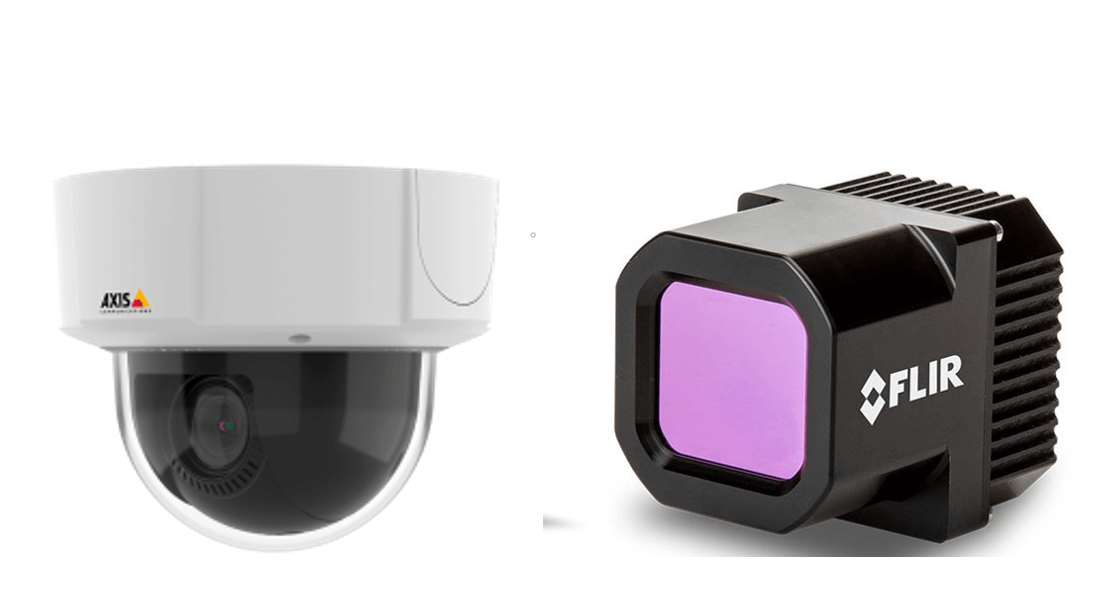 To navigate the tunnel in a variety of different conditions, multiple cameras are mounted on the sledge. With the help of these cameras, an operator can see in the tunnel when there is a clear view and when there is a lot of smoke. For this, a thermal camera and an optical camera are used. 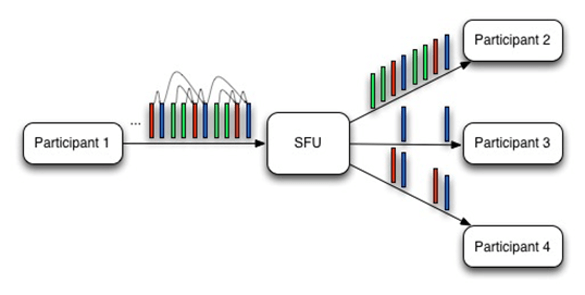 In order to display the camera images live on the control website, the videos from the cameras must be transmitted from the PC in the tunnel to the user. Video transmission is the continuous transmission of video data from a server to one or more clients. A video file is divided into small data packets, which are sent to the client. 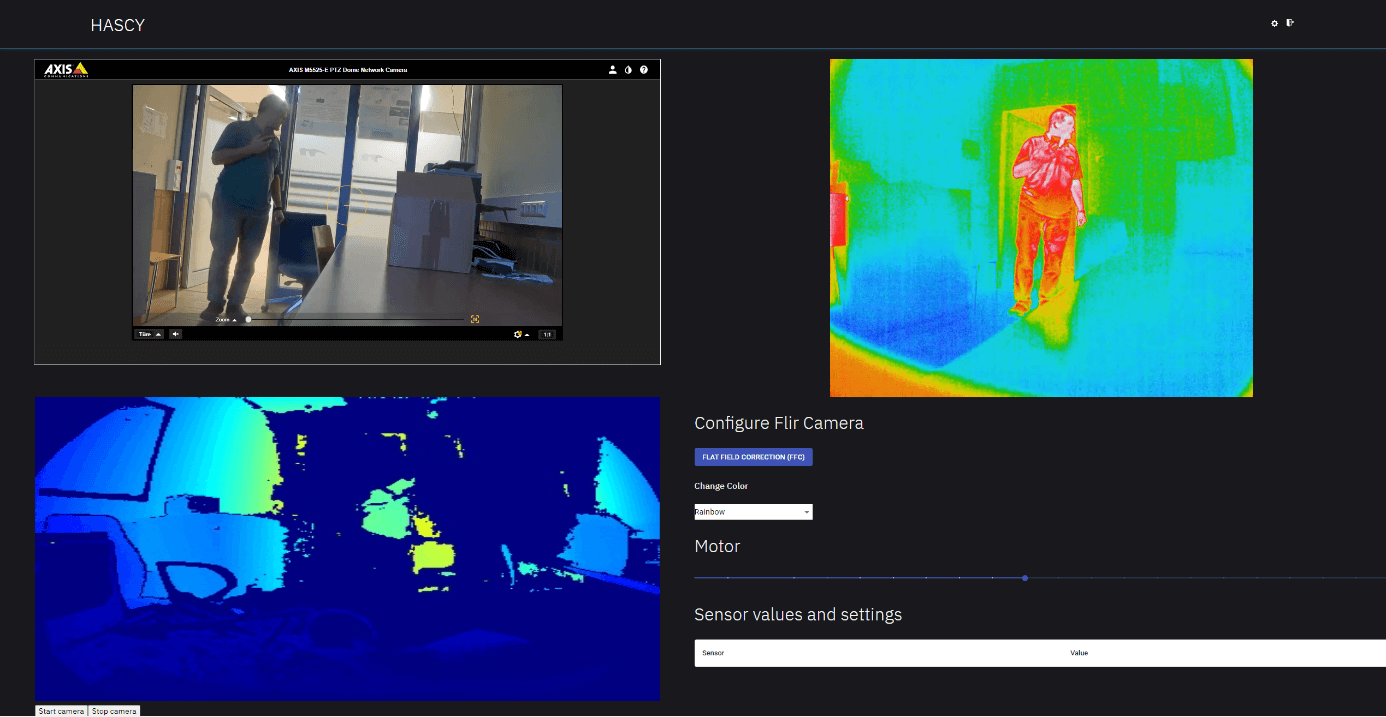 The website enables the operator to access the two cameras, control the sledge and read the status information such as the battery level. 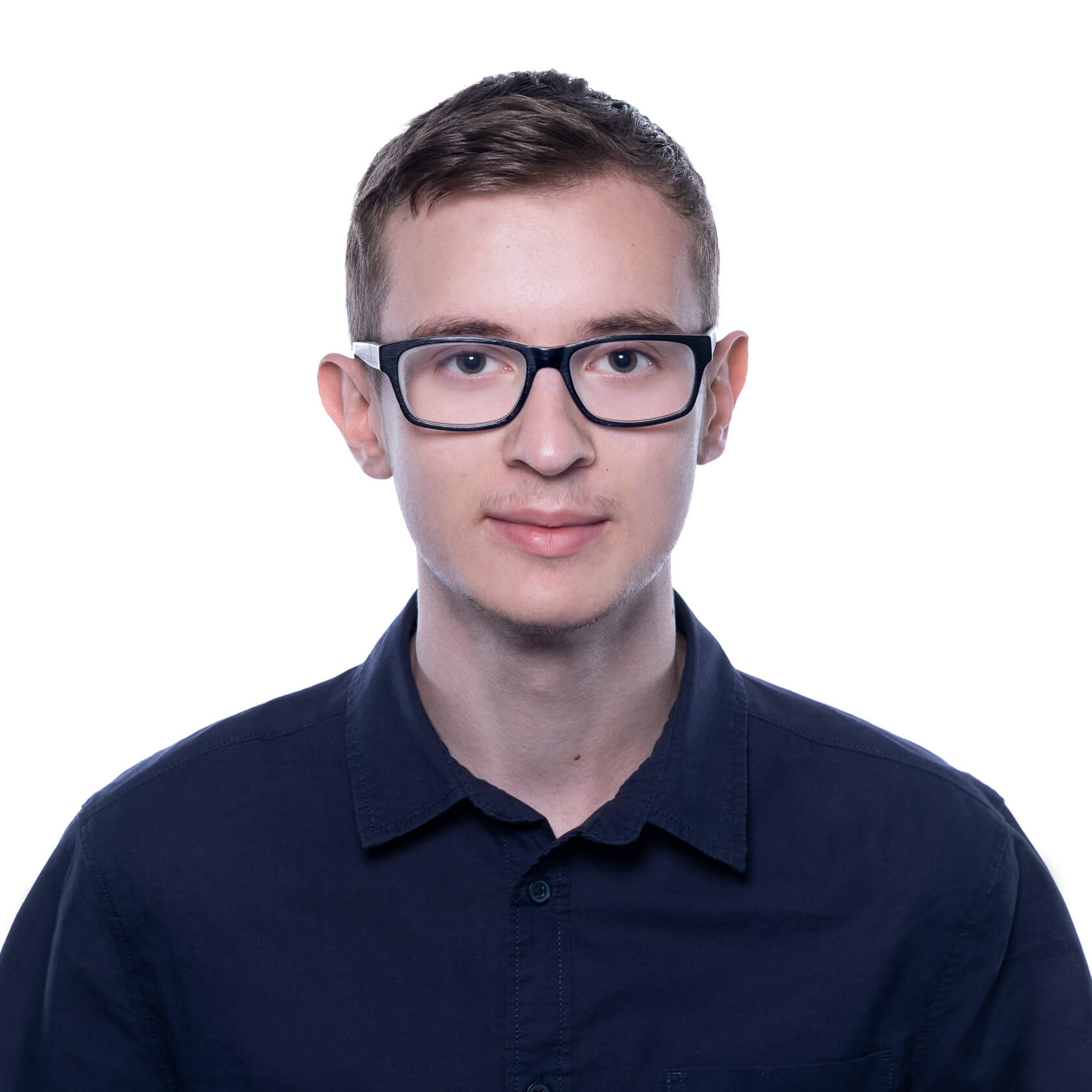 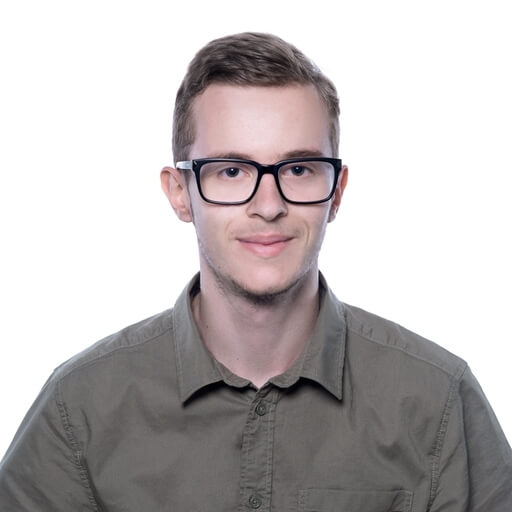 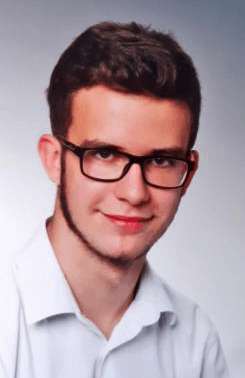 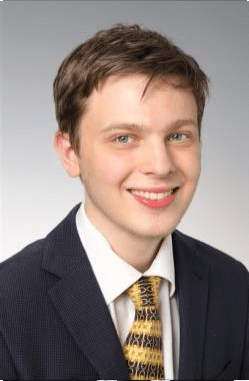 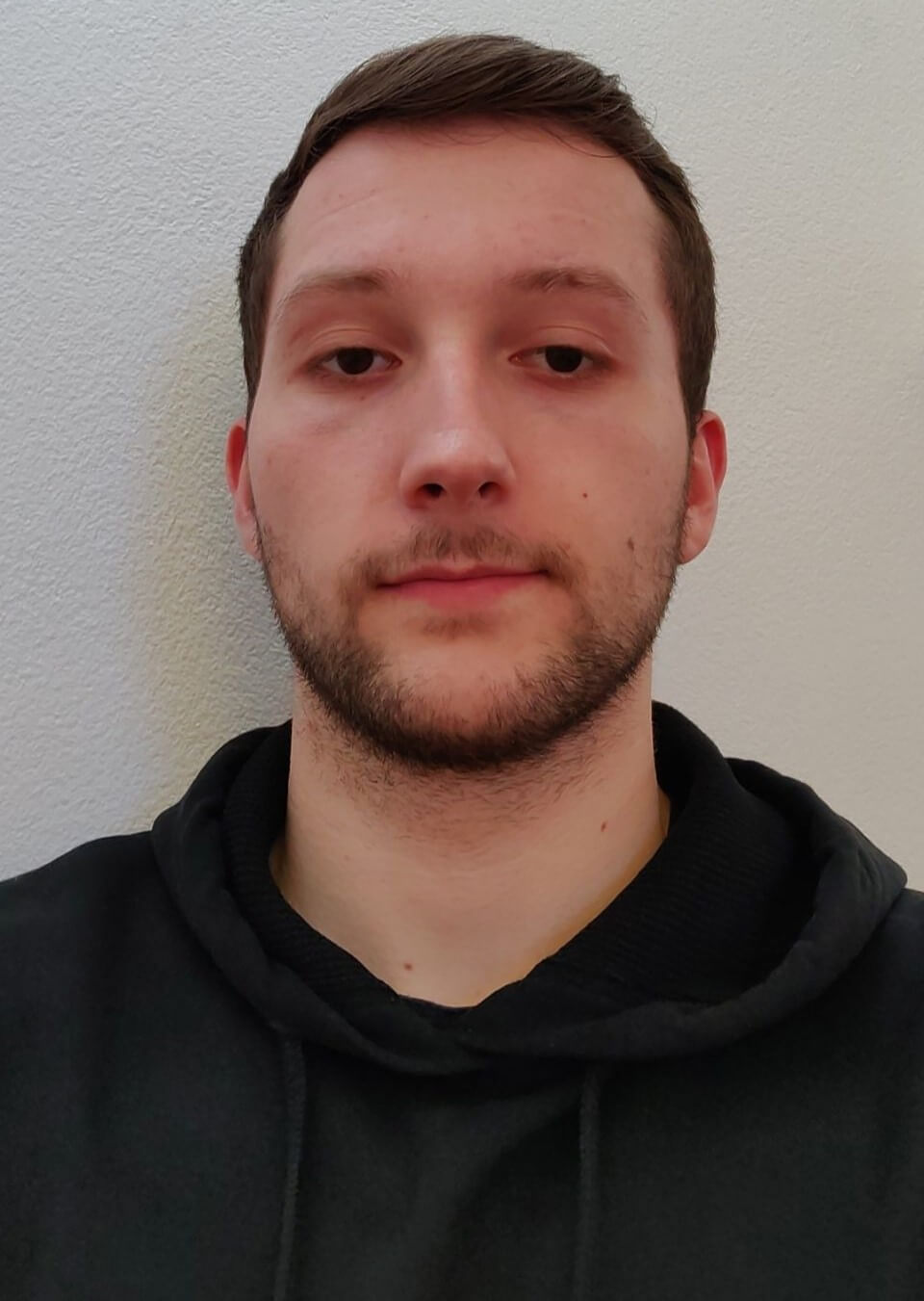 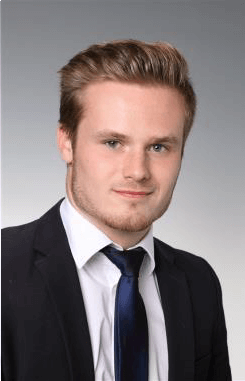 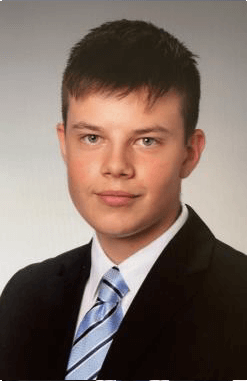 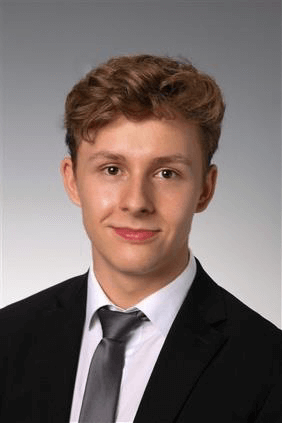 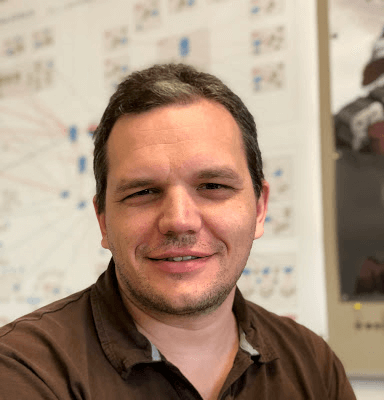 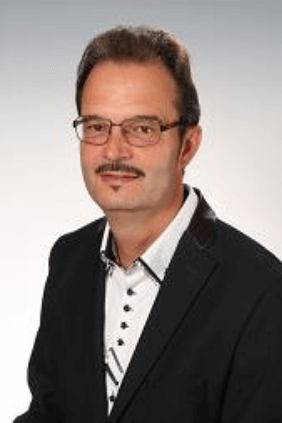 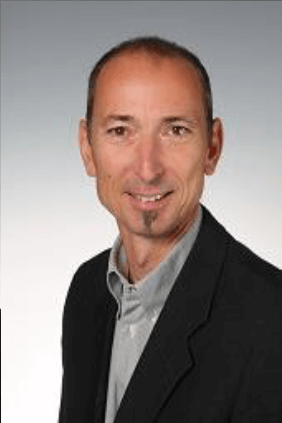 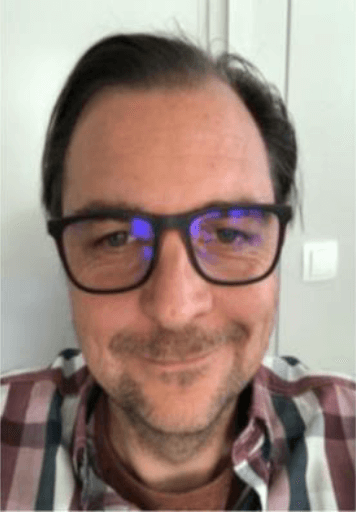 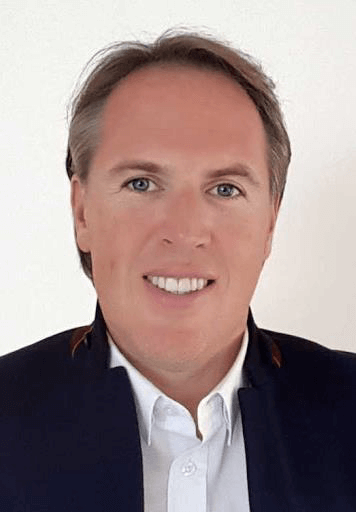 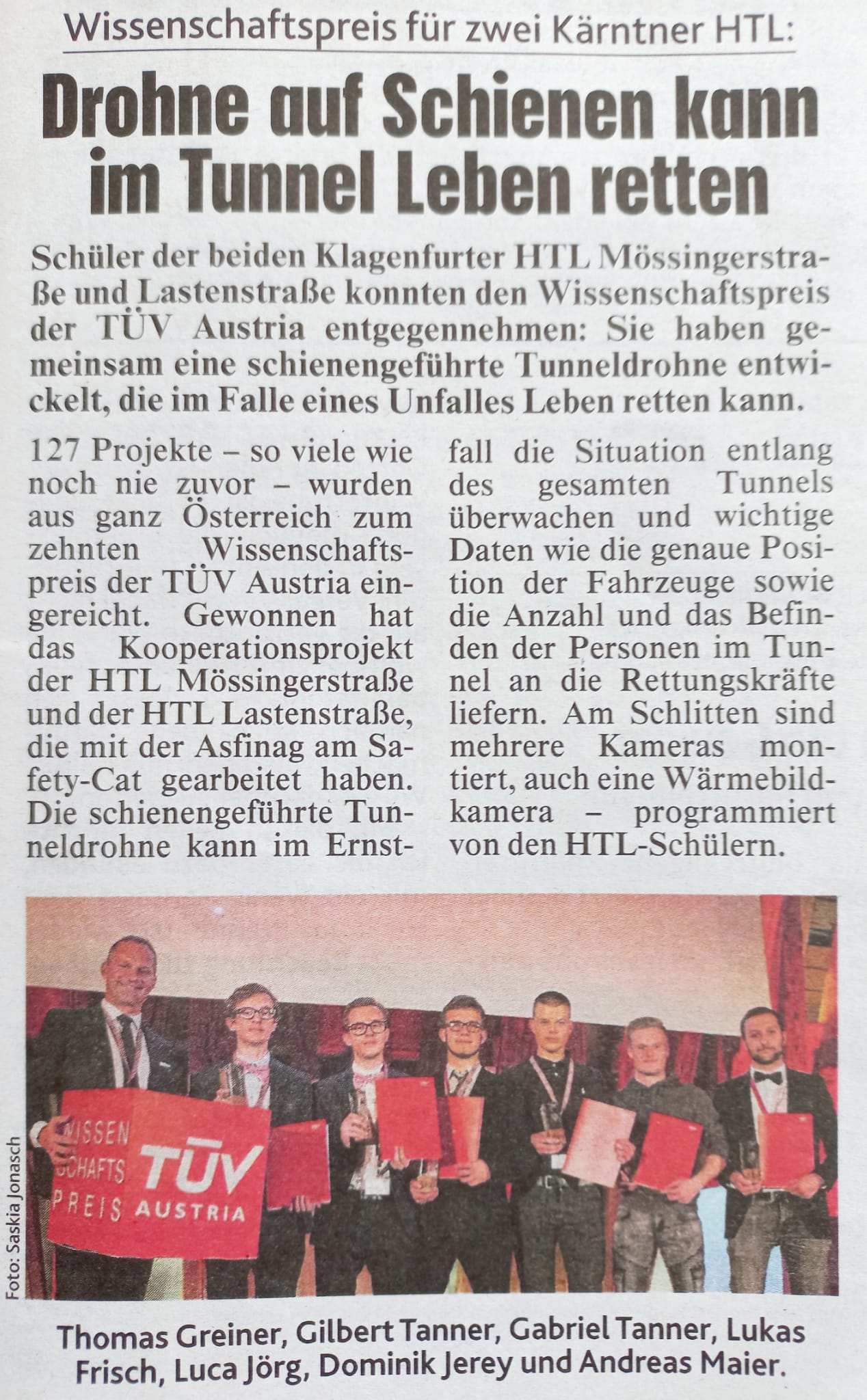 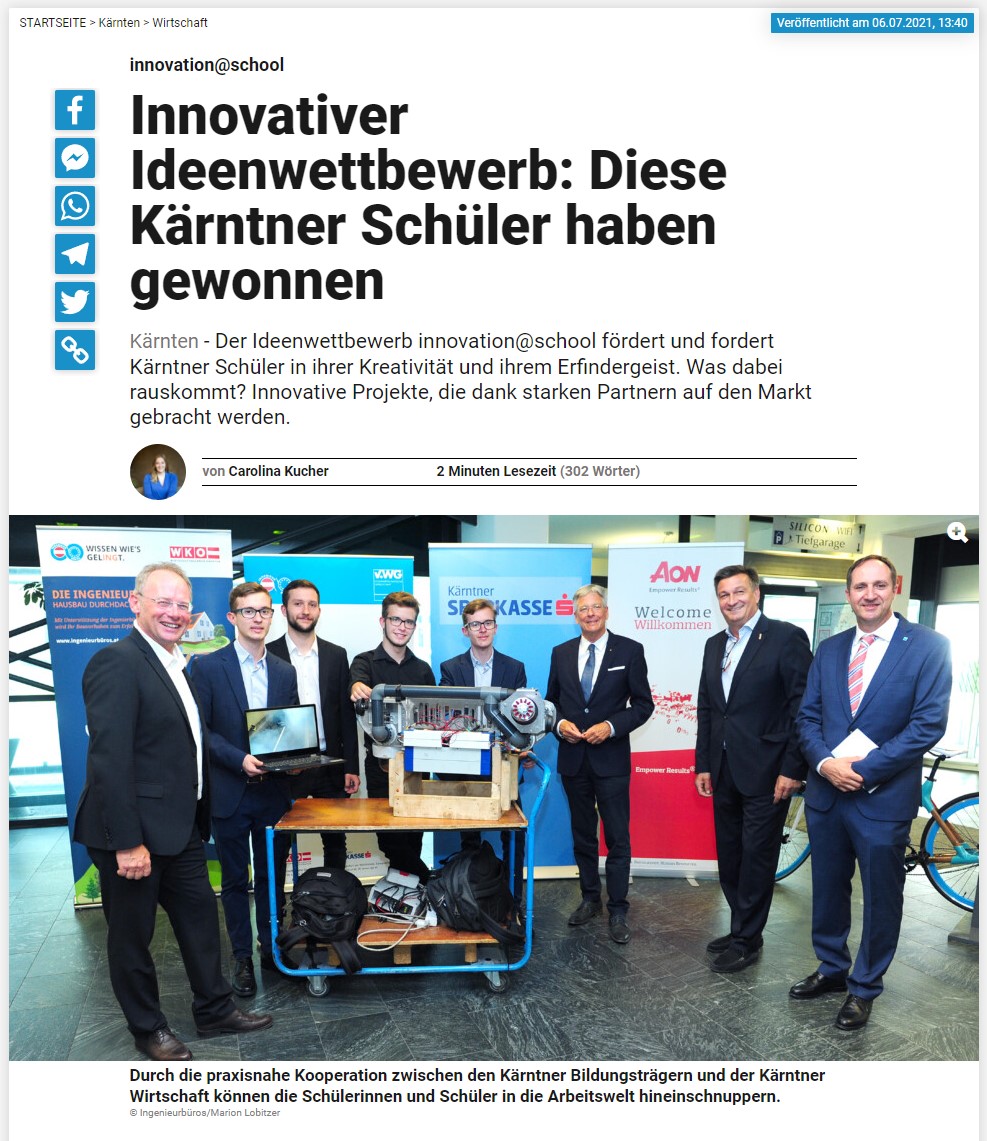 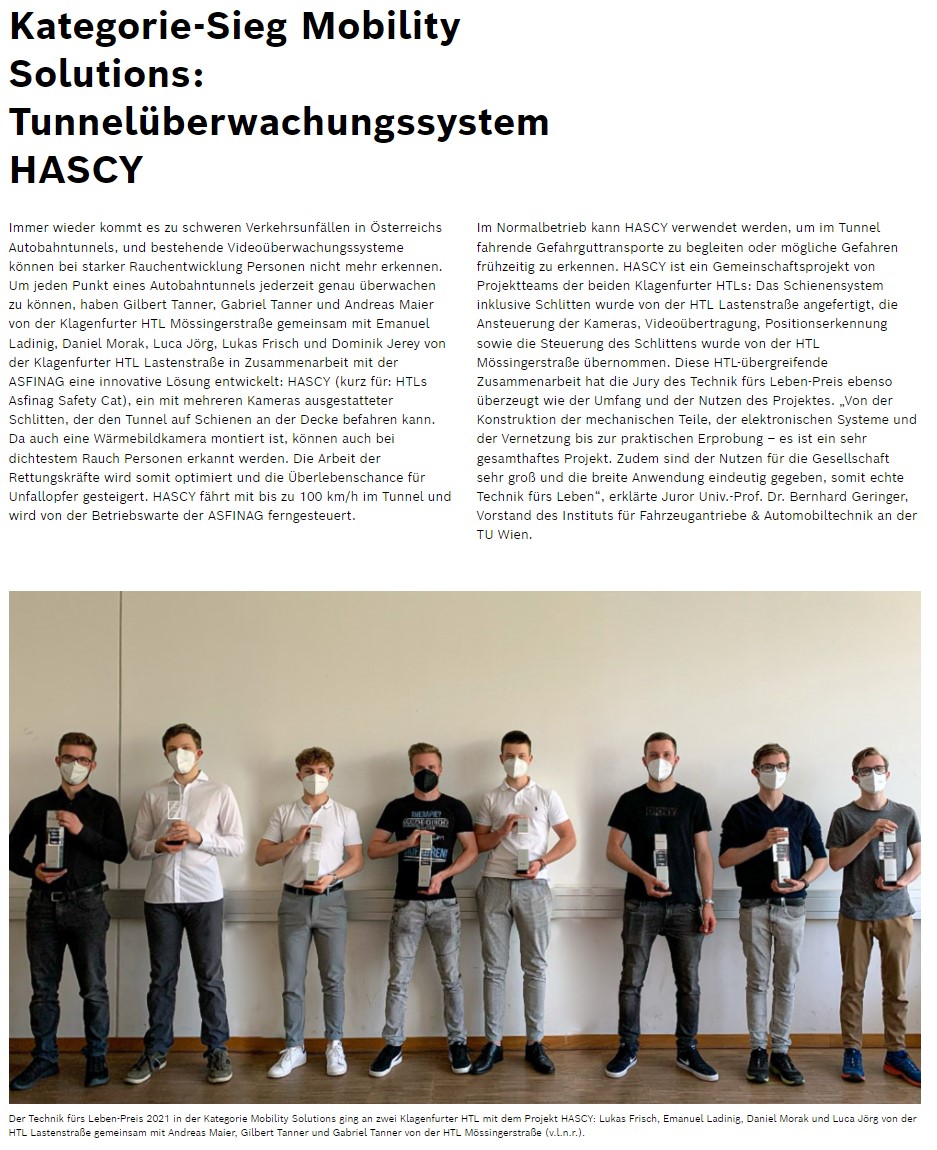 And the HTL-Oscar goes to... 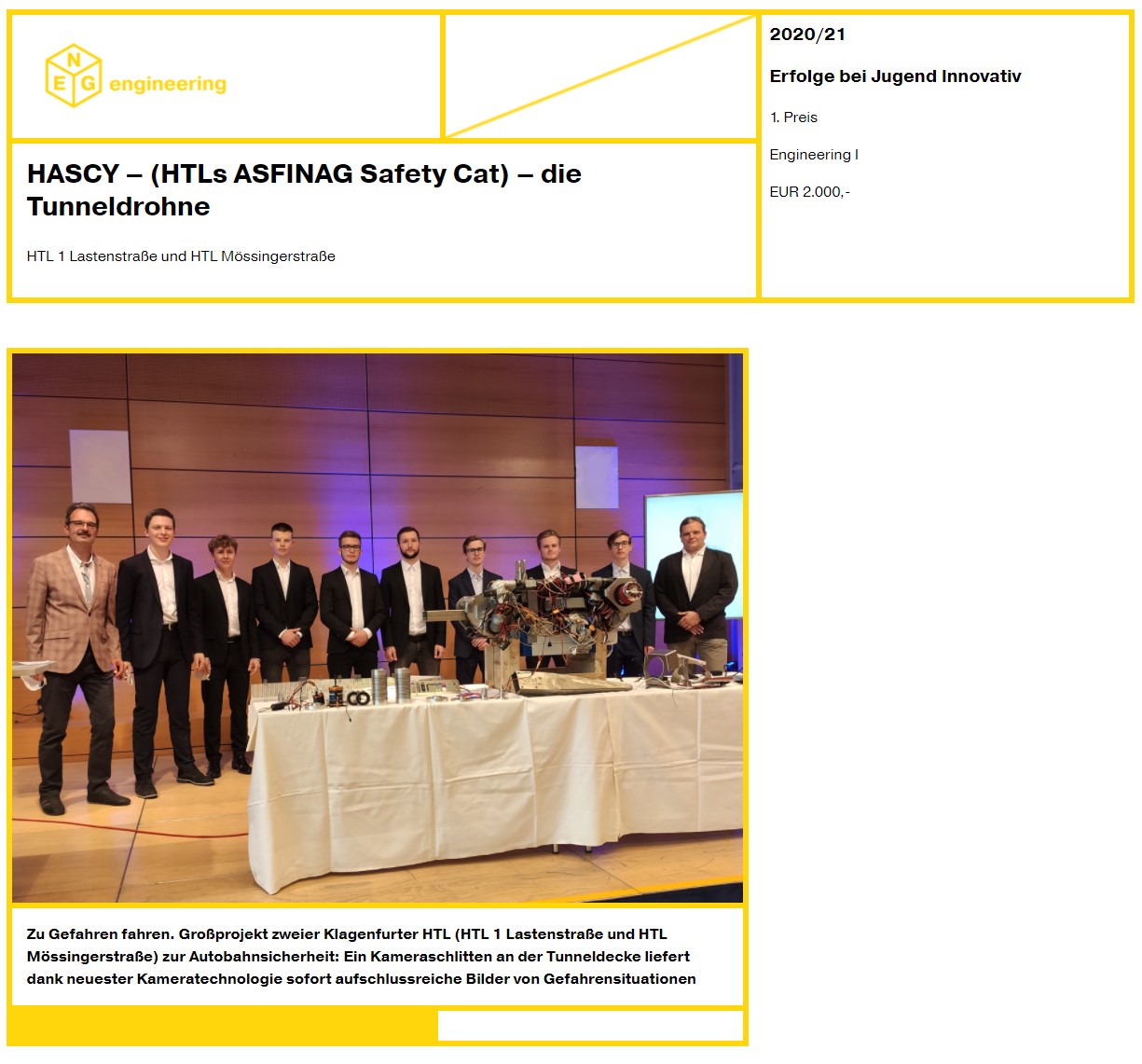 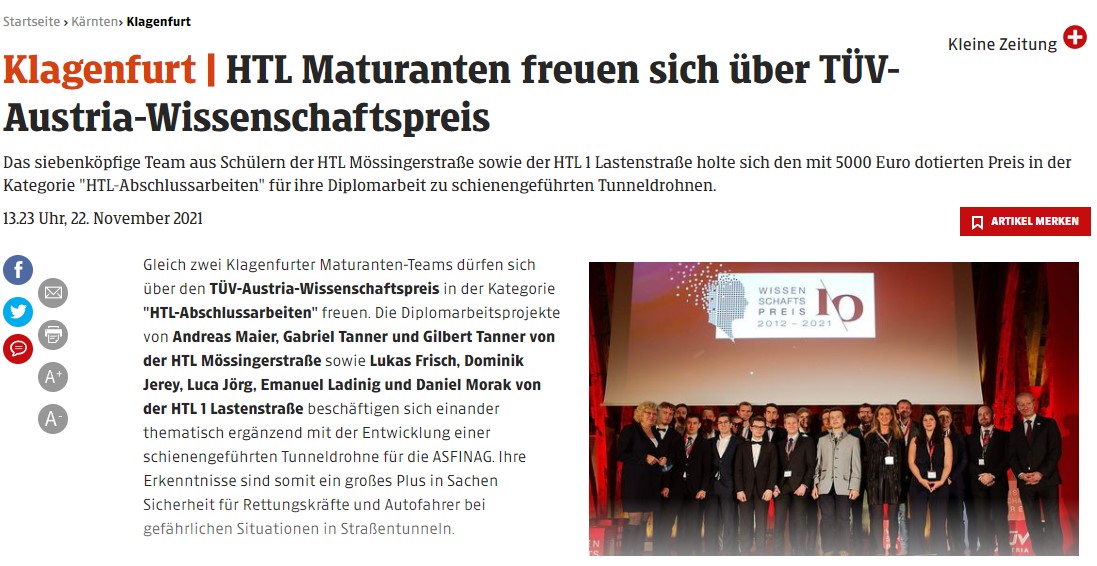 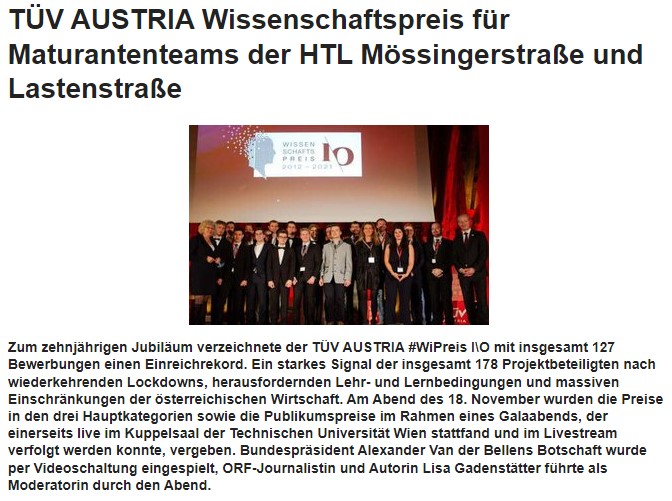